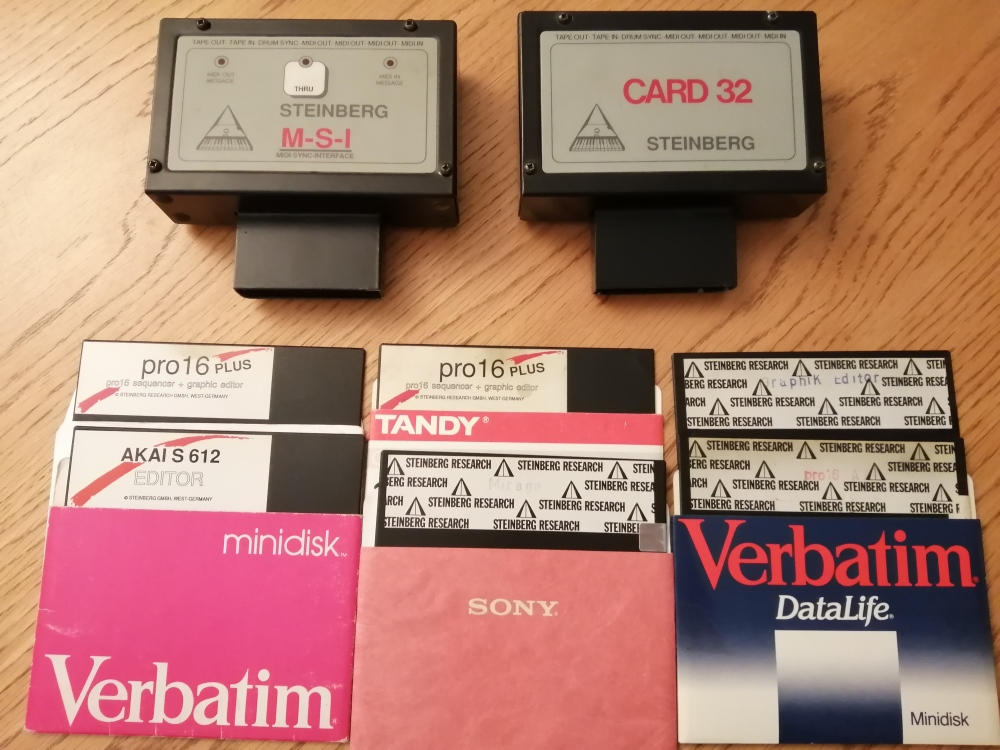 Steinberg PRO 16 for the Commodore 64

The first Graphic Sequencer, I used it in my studio from 1986 to 1990. I still have a fully working setup saving to SD cards instead of floppies. I have transferred all my 80s floppies to SD card.

The CARD 32 has the software in ROM, slots into the Commodore 64 and loads instantly.

Three versions here: two V2.4 (the last version) one 2.3 (the editor had to be loaded separately – came on two floppies).

Two versions of PRO 24, the precursor to Cubase. Only for Atari ST.

Two boxed versions of Cubase 3.X for the Atari ST. The most influential sequencer in history. I have this one set up too in my studio with a mint Atari ST saving to SD cards and connected to TFT monitor and wireless mouse. 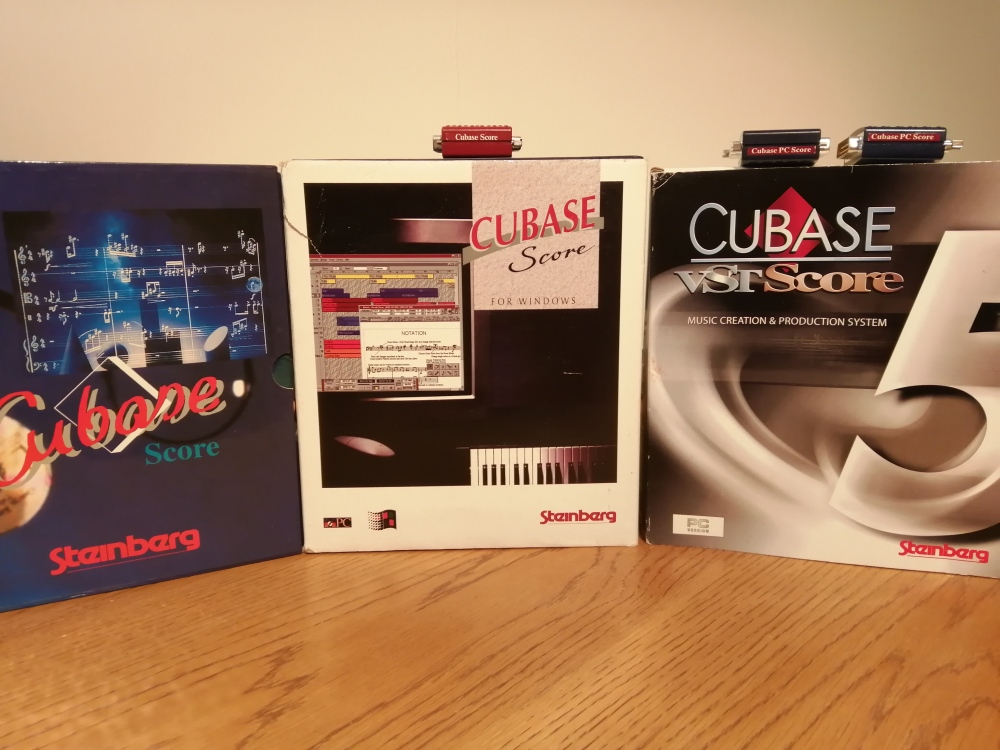 Cubase Score for Windows. The dongles I have can run all versions from 1.02 to VST 5.1

I have five dongles and many boxed versions. 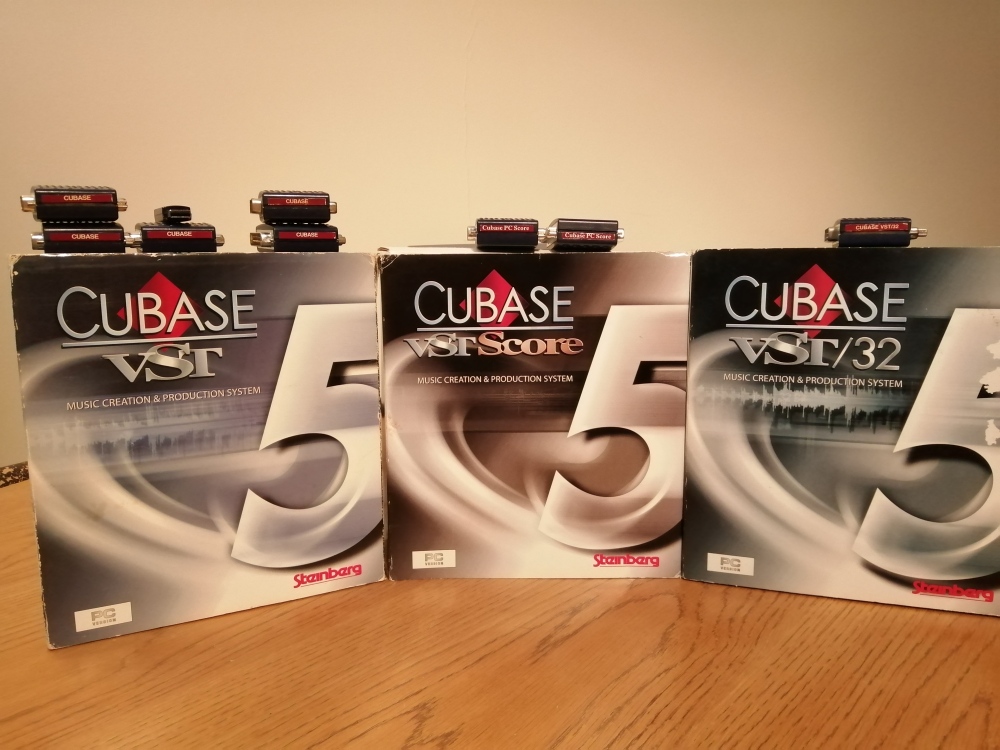 Cubase VST 5 (version 4 was a mid-way version only on the Mac).

I have 6 dongles for the standard version (one not pictured) and one special on USB stick.

Three dongles for the Score version (one not pictured) and only one for the VST/32 version which had special “analogue” saturation features for audio recording.

ALL PC VERSIONS ON ONE WINDOWS 98 LAPTOP!

Screenshots from my Windows 98 laptop showing all Cubase versions that it can run.

They are all installed separately and can be run with the correct dongles installed.

I also have USB Elicencers for Cubase SE3, SL 3 and SX3 which can run all SE/SL/SX versions

Also have Cubase 9 Pro and Artist dongles that can run all Cubase versions from 4 to 9.